The Church of San Domenico and the Duomo – Taranto

The itinerary begins in the old town of the city, on the island that separates the Mar Piccolo from the Mar Grande. We visit the Church of San Domenico Maggiore built in 1302 on the remains of the Byzantine church of San Pietro Imperiale, where previously a Greek temple of the Archaic Age once stood. The Romanesque facade is enriched by an eighteenth-century staircase built to connect Via Duomo to the lower part of the island. The large and bright interior, with three naves covered by a wooden trussed ceiling, is enriched in the side aisles by a series of chapels that house the altars between the seventeenth and eighteenth centuries by the brotherhoods that had their headquarters in San Domenico.

Continuing on Via Duomo you reach the Cathedral of San Cataldo. Built by the Byzantines in the 10th century, it was remodeled and enlarged in the following one, so that the longitudinal arm became the transept of the basilica, cut by the side naves. The current facade was built by the Lecce architect Mauro Manieri in 1713. Inside there is the imposing “chapel” of San Cataldo. Elliptical in shape, preceded by a quadrangular vestibule, it houses the relics of the titular saint under the altar and is richly decorated with polychrome marble inlays, a grandiose fresco in the dome depicting the miracles of San Cataldo and ten statues of saints in Carrara marble installed in as many niches along the walls. Annexed to the Cathedral is the grandiose Bishop’s Palace, probably originally from the 11th century, but remodeled and enlarged several times over the centuries, so much so that today it has a complex structure consisting of several buildings. There Quadrangular structure is set around an internal courtyard with a monumental staircase leading to the upper floors where the rooms are embellished with frescoes and rich furnishings. Noteworthy is the Hall of Bishops which houses a gallery of portraits of religious who have taken turns at the helm of the Archdiocese.

At the end of Via Duomo, on the side of the navigable canal, there are the remains of the oldest cult building in Magna Grecia: the Doric Temple (or Poseidon). Of the ancient building there are now two Doric columns plus some drums and a base. The ruins, which were incorporated into other buildings, have gone missing. The surviving artifacts are traced back to the fifth century BC, but the study of archaeological excavations suggests the presence of a temple built by the first Spartan colonists in the eighth century BC. The sacred area of ​​the Acropolis was abandoned in the third century. B.C. with the Roman conquest of the city, but it was used for other purposes in the following centuries. The archaeologist Luigi Viola in the nineteenth century attributed the temple to the cult of Poseidon, but it seems much more likely that it was related to other female deities such as Artemis, Persephone or Hera.
We continue with a visit to the Aragonese Castle designed at the end of the fifteenth century by Ferdinando II d’Aragona to Francesco di Giorgio Martini to adapt the previous Byzantine fortress to modern military needs due to the invention of firearms. The high medieval towers, useful for a plumbing defense with drains for boulders or boiling liquids and narrow loopholes for archers, were replaced by low and massive round towers, which could resist cannon shots and equipped with ramps and openings for mouths from fire.

Crossing the famous revolving bridge, located at the mouth of the navigable canal, you reach Corso due Mari, the largest of Taranto. From here you can enjoy a wide panoramic view of the facade of the Castle. Moving to the North corner you can make a pleasant stop on the belvedere from which to admire the splendid panorama of the inner harbor and the Small Sea, delimited by the city skyline. Taking Corso Umberto I you reach the Church of San Pasquale Baylon, strongly desired and built, despite the difficulties, by the Alcantarini monks in the second half of the eighteenth century. The old convent now houses the National Archaeological Museum, one of the most important in Europe regarding the evidence of the Classical Age. The church is the only building left to the friars after the post-Risorgimento suppression. The current facade was built in 1936 according to the dictates of the neo-documentary fascist style which, in turn, referred to neoclassical influences that make it marry well with the eighteenth-century interior with three naves. Today the Church of San Pasquale is officiated by the minor friars. Taking Via Pitagora the Tarantino itinerary ends at the Peripato municipal Villa, the green lung of the city, luxuriant with exotic and luxuriant vegetation. The villa was built immediately after the unification of Italy by the Beaumont family and passed to the municipality in 1913.

Set up in the rooms of the sixteenth-century Archbishop’s Seminary of Taranto in the Old City. The museum was inaugurated on May 6, 2011 by Archbishop Benigno Luigi Papa [1]. The Mu.di spread over 4 floors, with a basement, with remains of an ancient iapigio village, the ground floor which includes a 100-seat auditorium, a multipurpose room (restoration laboratory, multimedia library, meeting room), and the first and second floor, where the thematic sections are located: Liturgical, Christological, Marian, Saints, Religious Orders and Confraternities, Cathedral and Archbishops. The exhibition contains over 300 works spanning a time span from the seventh to the twentieth century, including sacred furnishings, relics, paintings and sculptures of exceptional cultural value. These are mostly from churches no longer open to worship, or from the “Tesoro di San Cataldo” and from the archdiocese patrimony. Among the main works preserved there is the treasure of San Cataldo with the golden cross found on the chest of the Saint during the excavations of the 11th century cathedral, the topaz of King Ferdinand II, a Brazilian topaz by Andrea Cariello [2], paintings by Nicola Porta’s Madonna della Salute, paintings by the Madonna dell’Assunta by Serafino Elmo, Il sogno di San Giuseppe di Corrado Giaquinto, Ecce Homo by Paolo De Matteis and ancient reliquaries containing the language of San Cataldo and the blood of San Vito. Recently the Mu.di. it was enriched by the contemporary paintings of religious subjects donated by Archbishop Benigno Papa.

The ancient Ipogeo Frantoio is located in via Cava, a road built after the 10th century by the Byzantines on the site of the ancient Greek acropolis. Here most of the residential and production structures were quarried in the original calcarenitic tuff bank. The name of the street, moreover, suggests that the site was originally a stone quarry. Along this road route, which only in the 14th century will be defined as the “public road”, many cave environments have been found, such as the medieval furnaces, the walkways of the patrol path of the Byzantine walls and some oil mills. The Norman oil mill, renovated by the Municipality of Taranto and made available to the public, dates back to the year one thousand. It is the only one to be located in the city, and is excavated in the rock, a constant of the Ionic arc justified by the fact that the caves maintained an optimal constant temperature for the production of oil. Inside the site there are in fact many machines for the first pressing and the wells for the collection and decantation of the oil. A graphic, photographic and pictorial exhibition has been set up on the site by the students of the artistic high school “Calò” (Taranto site), on some significant places of the old city. A work carried out with commitment and passion, because we are aware that “without the memory of the past, there can never be the positive future that we hope for our city”, say the students.

The National Archaeological Museum of Taranto is among the most important in Italy; it was established in 1887 as a result of the urbanization of the area east of the Navigable Canal of Taranto with the construction of the Borgo Umbertino. This intervention caused the discovery and – unfortunately – also the dispersion and destruction of many archaeological materials from the Greek and Roman city and from the adjoining necropolis. Just to protect the antiquities found, the archaeologist Luigi Viola was sent to Taranto who obtained the establishment of a museum in the former convent of the Alcantarini Friars.
Built shortly after the mid-eighteenth century, the building was enlarged and rearranged in various stages, starting in 1903, the era of reconstruction of the facades based on a design by Guglielmo Calderini, while the northern wing was designed by Carlo Ceschi and built between 1935 and 1941.
From 1998 the renovation works that led to the completion of the National Archaeological Museum of Taranto – MArTa with the preparation of the second floor of the museum (inaugurated on July 29, 2016). The exhibition itinerary, which takes into account the characteristics of the materials of the museum collection and the possibility of referring most of the finds to the excavation contexts, illustrates the history of Taranto and its territory from Prehistory to the early Middle Ages, developing diachronically from the second to the first floor: prehistoric and protohistoric period, Greek period (not to mention the issues of dynamic relations with the pre-Roman indigenous world), Roman period, late antiquity and early medieval period.
The route starts from the second floor which shows the most ancient phases of the history of the settlement in Puglia (Paleolithic and Neolithic) to reach the foundation of the Greek colony and the classical and Hellenistic city.
The National Archaeological Museum of Taranto, on the mezzanine floor, also has a collection of paintings which in 1909 flowed into the collections of the Royal Museum of Taranto for testamentary dispositions of Monsignor Giuseppe Ricciardi, bishop of Nardò, who wanted to donate them to his hometown.
In addition to a beautiful Byzantine icon and a weeping Sorrow on zinc plate, the other eighteen paintings, all with religiously inspired subjects, are oil paintings on canvas and are framed between the seventeenth and eighteenth centuries.
Most of the other paintings are part of the Neapolitan production, with attributions to the school of Luca Giordano, Andrea Vaccaro and Francesco De Mura. The most recent paintings, the Addolorata between Saints Nicola and Barbara and the Deposition, were instead referred to an Apulian artist, Leonardo Antonio Olivieri of Martina Franca.
The National Archaeological Museum of Taranto offers visitors a varied cultural program aimed at various target audiences, including visitors with disabilities. An educational room, located on the ground floor of the museum, houses educational activities for schools, children and adults.
The museum has a cloister, a place of events and educational activities.
All the museum contents and signage elements are present in two languages: Italian and English.

A fantastic journey through the beauties of Taranto awaits you. To book, just fill out this contact form 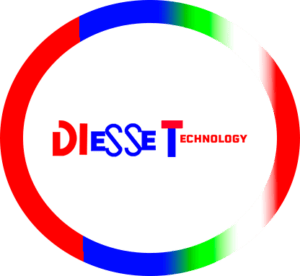